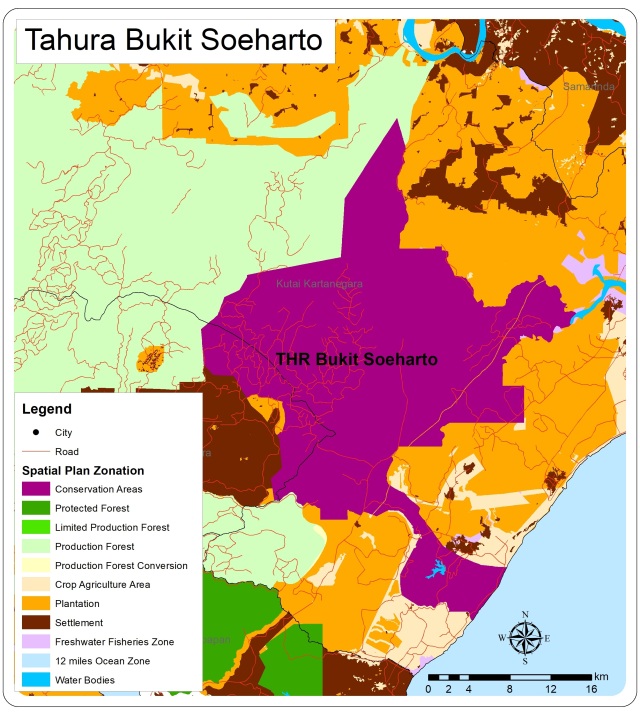 From map above Bukit Soeharto stated as Conservation Areas that surrounded by plantation zone and some settlement that part of Balikpapan city areas. North west Bukit Soeharto is production forest areas that some as logging and timber plantation.

Based on land cover maps from government, we could see that only very small and patchy forest left in Bukit Soeharto. Areas dominated with shrubs (semak belukar) and agriculture (pertanian lahan kering). As in maps below can see that some plantation (that you could assumed as oil palm) already encroached Tahura areas.  Some mining (which is coal mining) area located inside Tahura, and some settlement.

If assumed that new capital locate in Bukit Soeharto or area sorrounding then first thing to do is restoration. By using series land cover maps from previous year we could propose restoration of Tahura into forest.